Welcome to the Farelogix Blog

Where we discuss news and trends, and question the status quo.

What is your Moon-Shot?

In September, 1962, US President John F Kennedy gave a speech in a football stadium at Rice University in Houston, Texas. Kennedy evangelized the need to solve the mysteries of space, reaffirmed America's commitment to landing a man on the moon, and defended the eye-watering expense of the nation’s space program. This public address, made on a stiflingly hot late summer day, has since gone down in history as one of the greatest public addresses of any American president.

“If this capsule history of our progress teaches us anything, it is that man, in his quest for knowledge and progress, is determined and cannot be deterred… that challenge is one that we are willing to accept, one we are unwilling to postpone, and one which we intend to win…” John F Kennedy

These words reverberated around the walls of the conference room at FLX-Disrupt 2019, as Atmosphere Research Group founder, Henry Harteveldt, took to the stage to make his own keynote address. Henry’s presentation, titled “Shoot for the Moon!”, threw down a gauntlet to conference delegates, challenging each one to become, or remain, a force of change and innovation in airline commerce. Unlike JFK, Henry’s backdrop was not a hot summer day in a sports stadium. Rather, the leading travel industry analyst arena was a large boat’s conference room – a boat rocking back and forth thanks to the harbor’s rough water. However, just as Kennedy’s historic oration overcame that hot Houston day, the rough sea didn’t prevent Henry’s rallying cry from captivating the audience. On the contrary, you could have heard a pin drop.

“…we meet in an hour of change and challenge, in a decade of hope and fear, in an age of both knowledge and ignorance. The greater our knowledge increases, the greater our ignorance unfolds…” John F Kennedy

These words, spoken almost 50 years ago continue to ring true today. New Distribution Capability (NDC), ONE Order, dynamic offers, and Machine Learning (ML) and Artificial Intelligence (AI)-driven retailing are just a few examples of initiatives that back this truism. The more we learn and discover, the more we see ongoing opportunity. Taking advantage of evolving insights and new tools to innovate, better serve our customers, and grow the airline business is airline commerce’s moon-shot. If not taken, airline businesses won’t be successful. A worrying case-in-point is research conducted by Atmosphere that shows customer loyalty to airlines is declining each year. In the US, it has plateaued at ~21%, and is around ~30% in the UK, and ~ 35% in Brazil.

“If we don’t take steps to help customers find the value that they seek, it is going to make it difficult to keep them as loyal customers and get them to move up the chain in terms of what they would be delighted to spend.” Henry Harteveldt.

Henry highlighted the fact that innovation can quickly take great strides, after all, it took just two generations, or 42 years, to get us from Lindbergh’s first solo, non-stop transatlantic flight in 1927, to achieving Kennedy’s dream of landing a man on the moon in 1969. But, changing the game requires a willingness to push ourselves and take intelligent risk, and the courage to vault daunting hurdles along the way.

Sandra Da Cruz-Brits, Head of RM Distribution Development, Virgin Australia; Veronica Hull, Head of Global Distribution Strategy, Digital & Distribution, Virgin Atlantic; George Bryan, Management Consultant, Hawaiian Airlines; and Richard Clarke, CEO, T2RL joined a panel titled “Will We Land on the Darkside?” to provide feedback on Henry’s gripping address. The subject matter was a focus of conversation at lunch where delegates’ own experiences afforded further enrichment. The following are my takeaways on how you can prepare for and launch your moon-shot.

Don’t boil the ocean. Being bold doesn’t mean you need to undertake complex projects that change the nature of the human experience (I will now remove the tongue from my cheek!). From a customer perspective, innovation that’s aimed at getting the basics right is the most welcomed. In the words of the influential programmer, Radia Perlman, things should “just work.” The airline commerce execs I spoke with maintained that regardless of channel (direct or indirect), delivering the digital experiences which customers have come to expect from the other brands which service their every-day lives, would be a significant win for most airlines. Innovation can, and should, impact the fundamental.

Build belief. In an Atmosphere Research survey of airline executives, 88% of respondents agreed that innovation was somewhat or extremely important to airlines' commercial efforts, yet there was a different perception as to which airline functions should benefit most from innovation. Only 35% of those surveyed believed that innovation was important to ancillaries, whereas 95% of respondents had faith in innovation’s impact on Revenue Management (RM). And the reason? Leaders see the money coming from RM. However, it is a widely held belief that now that NDC, ONE Order, dynamic offers, next-generation merchandising, and data-driven retailing are firmly within grasp, this view is short-sighted.  Building belief in the worthiness of your proposal is a two-fold approach, which begins with building a solid business case to justify the investment. However, don’t stop there. Become an artful internal story-teller, enthusiastic evangelist, and builder of advocates to bring people on your journey.

Break Down Silos. Cumbersome, siloed organizational structures are not designed for functions to work together. As a result, innovation across sales, planning, route planning, and schedules departments can be difficult. It seems that only the lean Low-Cost Carrier (LCC) model is immune from this scourge. For traditional airlines that operate full-service or hybrid business models, the digital leader must break down these silos. Encouraging movement between teams and departments and developing cross-departmental objectives are two ways that’ll smooth the path toward much-needed innovation.

Maintain C-Suite buy-in. A leadership team that doesn’t understand technology, the importance of retailing, nor the value distribution brings, is an ongoing challenge. The smart airline executives I spoke with acknowledged that educating and winning over the men and women at the top is not a one-and-done task; it’s a commitment to an ongoing process. They cautioned firmly against stopping at the first presentation.

Iterate. We learned in the “Shoot for the Moon” keynote and the following “Will We Land on the Darkside?” panel that experimentation and innovation can be tough due to a breath-takingly large array of factors, including:

As a result, a substantial amount of time can pass between design and delivery. Each day that goes by without your service in the market is another day that the world drifts from the ability for your innovation to deliver on its original objective. Consider launching a Minimal Viable Proposition (MVP), test, learn, then iterate, iterate, iterate. By getting  innovations into the market fast, an airline will be more likely to maximize the reward in the long term.

Get the tech. New-generation retailing technology, as provided by Farelogix, reduces reliance on legacy systems and can digitally transform the ability to innovate the airline offer. With such technology, airlines can unlock value from every layer of the offer and adopt new retailing practices without the wholesale replacement of legacy systems and ways of working. In short, they fast-track innovation.

What’s your legacy? NDC and ONE Order, dynamic offers, ML/AI-driven retailing? Go ahead, take your moon-shot! 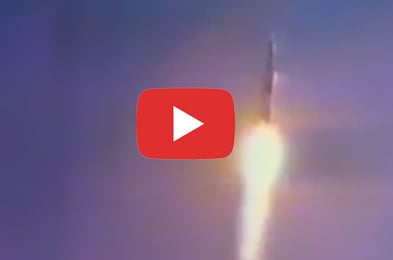 If you are interested in exploring how new-generation offer engines can speed innovation at your airline, contact our sales team for a consultation.

7 Attributes to Look for in Your Perfect NDC API Partner

NDC: The Cost of Doing Nothing

Farelogix is a recognized leader in the travel industry with groundbreaking technology that continues to modernize the airline commerce and distribution landscape.